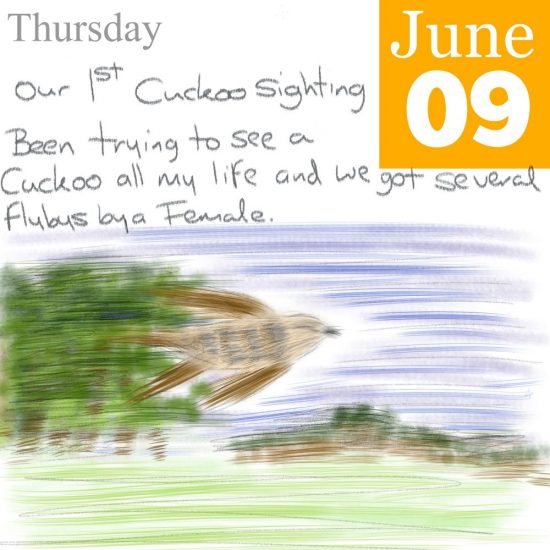 We saw a cuckoo. We’ve been trying to see one for years and then two pop up. I say pop up it was more a flyby, but still a CUCKOO!

Not a great view as it went swinging by at speed, but it’s better than nothing.

My hubby saw a cuckoo when he was a kid, but I’ve never seen one before.

At first I thought it was a bird of prey that flew by, but then my hubby said “You know that could have been a cuckoo” he turned on his bird sound app and we got a female cuckoo call back immediately.

How do we know it was a female cuckoo, they have a different call to the male.

She came by a few times and then a male joined her in the sky before they flew off into the distance.