We spent a late afternoon/early evening walking around one of our favorite places, Gibraltar Point Nature Reserve near Skegness. 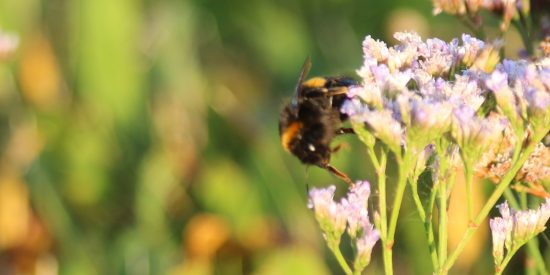 A minute walk from the beach is a stretch of salt marsh with a carpet of lilac colored sea lavender. 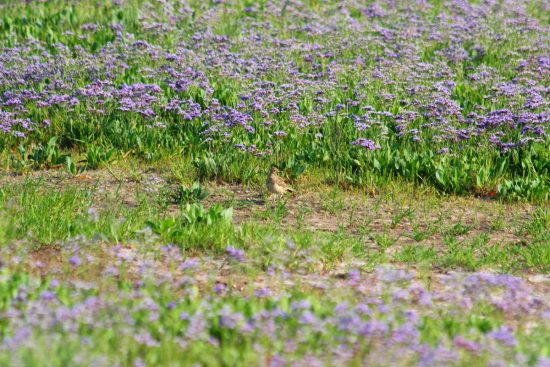 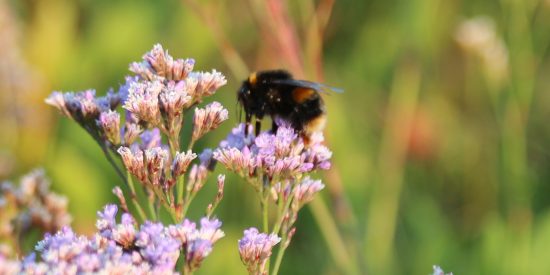 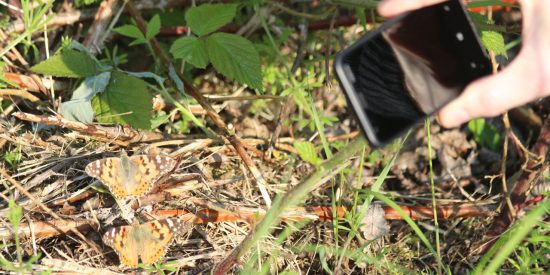 We were soon distracted by a gorgeous bumblebee feeding on the sea lavender and she cooperated for a quick video/photo shoot :-) 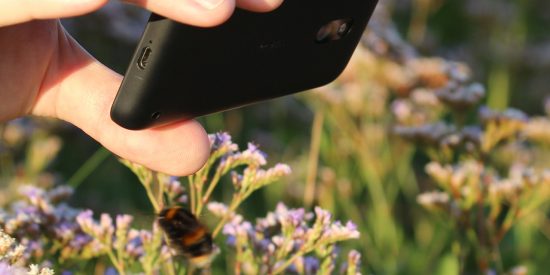 Bumblebee and Smartphone -by Marie Law-

She (reasonably confident she’s a she, queen bumblebees are huge) has three bands: orange, orange and an orange/white band which after looking at pictures of the UKs 24 bumblebee species identifies her from the species bombus terrestris (also called the buff-tailed bumblebee or large earth bumblebee), these are really common in Europe.

I was confident she’s a bombus terrestris, that was until I read about cuckoo bumblebees and noticed our bumblebee had no pollen sacks (they collect pollen on their back legs to feed the bee larvae)!

Cuckoo bumblebees don’t produce worker bees and can’t collect pollen to feed their young larvae, their back legs lack a shiny pollen basket area: no way to raise young on their own. The cuckoo bumblebees don’t build their own nests, the queen finds and usurps a bumblebee nest either by subduing the queen/workers (via strong pheromones) or by killing the queen: think Game of Thrones with bees rather than dragons :-)

The nest then raises the cuckoo bumblebees larvae which are all cuckoo queens and males (no workers), they are fed/tended by the worker bees from the usurped queen!

After zooming into one of Marie’s awesome bumblebee photos you can see the back legs are quite shiny and lack hairs, that’s where the pollen would stick (the pollen basket). If it’s dull and hairy it’s probably a cuckoo bumblebee. 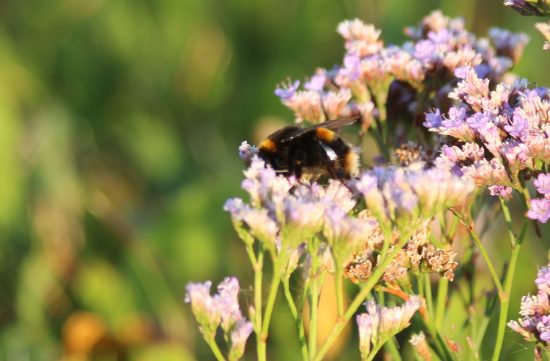 Our bumblebee presumably lacked pollen on her pollen basket because the flowers it’s collected nectar from: sea lavender, not exactly heavy pollen producers :-)

Going to bee (pun intended) on the look out for cuckoo bumblebees now.