Eye in the Sky – Cloud Formation 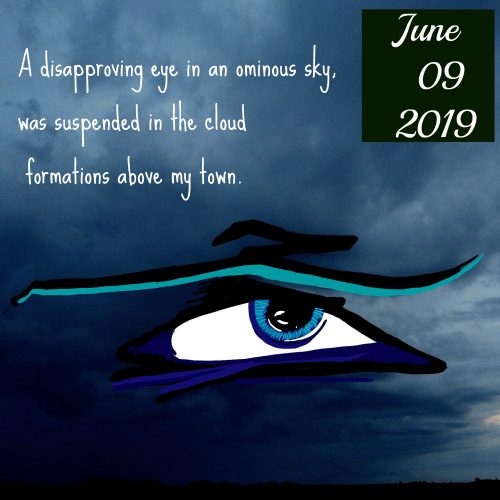 Ominous Eye In The Sky

Cloud formations can be so deceiving. We went for a walk and the sky was dark with rain clouds.

The kind of dark that is ominous but fascinating and you can’t help, but look. Niggling in the back of your mind, You know that if you spend to much time admiring natures handy work you are going to regret those moments spent and you’ll be rewarded with a downpour that drenches you to the bone, but still you look, mesmerized by the beauty. 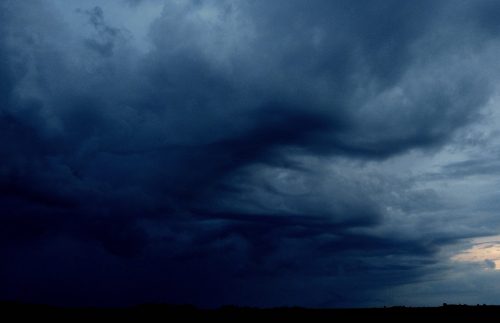 Eye In The Sky

On our walk was such a sky. Dark clouds of deep blue, and black greys and in the center a break in the uniformity of dark hues was an eye carved out in paler blues.

The eye seemed to be casting a gaze on the world from up high and it didn’t look impressed with what it was seeing. 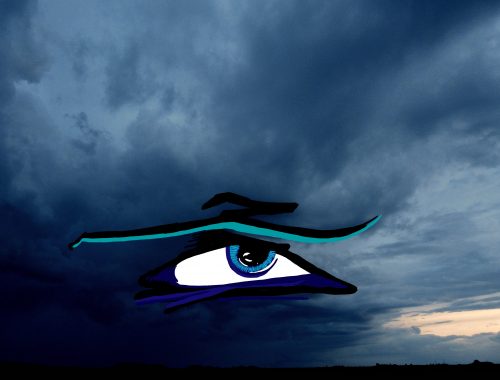 Eye In The Sky Rain Clouds

An Angry eye filled with sternness. The type of look your mother would give you if you spoke inappropriately in a social situation and she was preparing herself for the onslaught of discipline she will give you later.

I see a giant eye in the cloud formations, right in the middle. What do you see?

That giant eye sure was not happy. it rained non stop for over 48hrs. 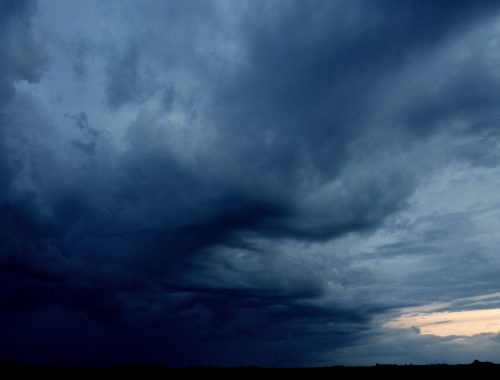 Eye In The Sky Cloud Formations

we got wet on the way to the car and it didn’t stop raining for days. Continuous rain that did not relent once. We got a little wet just before reaching the car, but it was worth it to stand for a few minutes to admire a breathtaking sky before us.

When I got home and looked at the pictures on my camera I was a little disappointed. The camera hadn’t picked up the intensity of the grey sky and had instead turned the sky blue and not the strong smoky blue grey the sky actually was, it had lost it’s might and looked flat.

It was missing the 3D, larger than life formations, with over lapin clouds, one in front of the other, lined up like soldiers on the front line ready for the command to charge… but then it is a camera that takes 2D photos, so flat is all it can do. I admit I ask to much of my camera.