I remember this :) In 2014 I was out in the middle of a wood. Covering the ground on the path wasn’t grass like you would expect but clover.

I set myself the challenge to find a four leaf clover. I didn’t take my eyes off the ground and didn’t tell my hubby what I was doing, as I walked by his side quietly in the wood. I wanted the victory of finding a four leaf clover to be mine, but it wasn’t to be. My husband has eyes like a hawk along with the luck of the Irish which clearly sits on his shoulders, so no sooner had I jumped up in victory with my little green gem of luck held tight in my hands. My husband found his own four leaf clover that day by looking at his feet where he was stood. No long laborious searching, he just looked down where he had stopped. 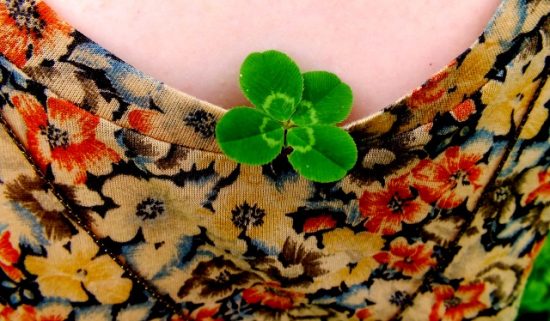 Here’s what I wrote in my Photo Journal in 2014

The Search Was On. The hunt for a four leaf clover. It was a challenge I had set myself, so I set to work fervently searching, eyes peeled to the ground. Scanning every inch, putting the hard work and dedication it takes to find such an illusive object as a four leaf clover. At last I spotted my prey. “Dave I’ve got one!” I squeaked with excitement “I’ve never found a four leaf clover before”.
Dave looks down at his feet and finds his own four leaf clover in 10 seconds flat…..Typical luck of the David, PIFFUL. 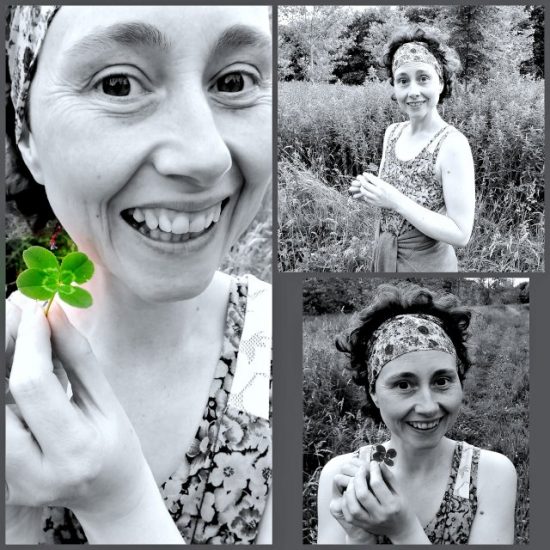 My glory might have been cut short by my husbands amazing luck, but since finding a four leaf clover is 10,000 – 1, I think I can live with the fact we’re clearly a lucky couple. Even if one of us has to put in more work than the other :)